For people who are new to trading, or just new to the Forex market, it can be a steep learning curve. The following are some frequently asked questions for people beginning to trade the Forex markets.

FOREX stands for the FOReign EXchange market, which is an international financial market where currencies are traded. The foreign exchange market began in the 1970s and is now the largest financial market in the world, with an average daily turnover of US$6.6 trillion. That’s twenty-five times the amount of daily activity on all of the US stock exchanges. Note: This post is continually having to be updated as these figures grow every year.

What is Forex Trading?

Each Forex trade involves simultaneously buying one currency and selling another. For example, if you think that the Euro will rise relative to the dollar, you would place a Euro/Dollar trade. The forex system would then buy the Euro and sell an equivalent amount of the Dollar. Then, when you want to close your position, you would place a Dollar/Euro trade. This would buy the Dollar and sell the Euro. If the Euro had risen against the Dollar, you would make a profit, but if it had fallen relative to the Dollar you would make a loss.

What currencies are traded?

Most of the world’s currencies are available to trade, but the majority of market action involves a group of major currencies, including the US Dollar, the Euro, the Yen, the Swiss Franc and Sterling.

Where is the Forex market located?

Forex is not centralised on an exchange unlike most financial markets around the world. Instead it operates on a basis known as the inter-bank market or Over the Counter (OTC). As each Forex trade involves two reciprocal trades (buy one currency and sell another). These trades are conducted electronically with any broker who is willing to accept them.

Who can trade in the Forex market?

Currency trading was traditionally restricted to banking organisations, including central banks, commercial banks and investment banks. The Forex operates on a system known as the interbank market because of this.

However, the number of non bank participants in the Forex market, which includes multinational companies, money managers, money brokers and private speculators, is growing rapidly. And thanks to the relatively small amount of capital required to open a trading account (often $500) Forex is opening up to more and more people all the time. If you’re over 18, have internet access the enough money to open a trading account, the world of Forex is open to you.

When is the Forex market open for trading?

As Forex doesn’t exist within a traditional exchange, it’s the only 24 hour financial market in the world. Forex trading begins every day in Sydney and then moves around the globe as the major international financial markets in Tokyo, London and New York open.

In other words, there are always traders somewhere in the world who are actively trading foreign currencies. This means you can make trades and respond to major social, economic and political events day or night. However, there is a short rest period from close of trading on the American financial market on Friday until trading begins in Australia on Monday morning. However, due to the time differences around the globe, this period only lasts for approximately 48 hours.

What is a trading margin?

Forex trades in lots of $100,000. If you had to provide that amount of money to cover your position before you could trade, the market would once again be restricted to banks and other institutional investors. So brokers have established the principle of margin trading. In effect they allow people to trade $100,000 blocks of currency if they can provide some security against potential losses.

For example, they may allow people to trade on a margin of 1% (in comparison, traditional stock brokers often require a 50% margin). This means that they can trade $100,000 blocks, provided their account contains at least $100,000 x 1% = $1000. One thousand dollars will protect the broker against most losses that their client makes. This is because currency values rarely fluctuate by more than 1% in a single day. A broker will close all trades if a client’s account is reduced by losses (i.e. reducing the broker’s security below acceptable levels). The broker will require additional deposits before allowing any further trading.

Trading margin allows people to control vast amounts of currency wiith relatively small amounts of capital (often 50, 100 or even 200 times the amount of capital that they have invested). This can lead to massive gains, but increases the risk of losing most or all of your investment capital.

How much does it cost?

With a relatively small amount of capital it is possible to open an account and get started trading. This is thanks to the trading margin offered by most Forex brokers.

However, remember that although greater leverage allows you to maximise your profit potential, it also increases the risk factor. The higher the leverage ratio, the smaller the trading fluctuation required to wipe out your trading capital. So choose the amount of leverage that you use wisely.
For new traders, it may be safer to begin with leverage of 20:1 or 50:1. Unfortunately, this will increase the amount that you need to open an account. However, it will reduce the risk of all your trading capital disappearing due to small shift in the value of a currency.

For the answers to other frequently asked questions, head over to our learn to trade page. Articles can be found for beginner and experienced traders alike.

Previous articleAXI Forex Trading Broker
Next articleForex Expert Advisors – Are they Living up to the Hype? 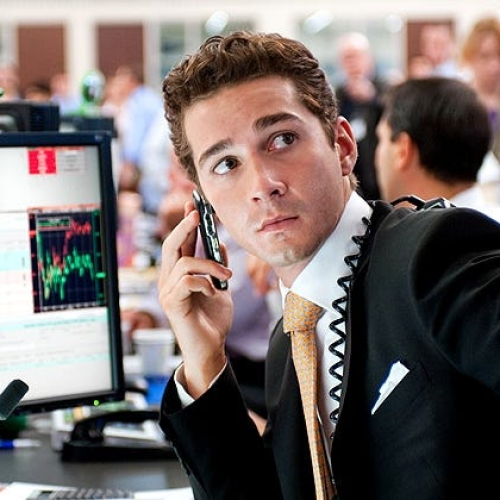